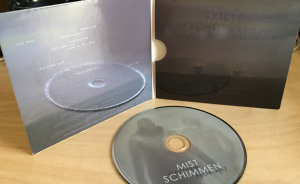 cd production and printing by Mobineko.com

gatefold packaging has been chosen to reduce plastic and weight

"... stylish and moody ambient music, in the best Brian Eno (and everybody that followed) tradition. ... "


release notes
Mist schimmen (missed figures / mist shades) is a soundtrack to a place, a memory and nostalgia for a time in which I have created albums such as Molenstraat, Electronic Forest, Grijsgebied, Three, Niemandsland and Koude Handen.
Like Maalbeek, which muses on memories of a forest region in the south of The Netherlands, mist schimmen is inspired by my time living in The Hague. Iconic sounds, such as the reverberating pneumatic hammers, that push giant concrete columns into the ground, are captured in laat al zo lang, the fourth track on the album.
The opening sounds of haven light (harbour light) are captured between hundreds of square concrete blocks that line and protect the iconic harbour entrance from the sea.
It is a statement about the capricious nature of the album: Concrete squares (rhythm) break the chaos of the sea splashing between them (noise). In that space, something new, a tonal reverberance is created. In all it's simplicity, it is an analogy for how I create and approach music and sound design.
mist schimmen is also inspired by the music of that time, taking a more melodic and rhythmic direction from the dark "outer-space" ambiences of mass object. Its closest musical release is zon der tijd ver gaat which I consider a study and sketches for this album.
reviews
Frans de Waard
Vital Weekly

While based in Cambridge, the title of his latest CD has a Dutch title. It translates to 'fog shadows'. It also says that it is inspired by "exploration, in and around Den Haag, the Netherlands, 2000-2013'. Florianz wrote his note in Dutch and named all the tracks in the beautiful Dutch language, so he either was based here or lived here for some time.

It's been a long time since I reviewed his work (Vital Weekly 519), and I had forgotten about him. He has a bunch of works on his Bandcamp page. On this page, it says 'ambient. environment. soundscapes.', precisely what we find in the music on Mist Schimmen. There are many field recordings, which, I assume, are made in Den Haag, and Florianz uses these along with an array of synthesizers, piano and the occasional rhythm. For instance, in Nieuw Stad, he uses a bit and then music leans towards the ambient house, but do not overthink the word 'house' here. The use of reverb is a dominant feature here, and it all becomes very atmospheric and dark. Yet, Florianz stays on a more melodic side of ambient music, and some of this music I could easily see used to significant effect in a movie. Not the horror show, but a psychological drama of some kind.

There is little by way of abstraction here, just melodic piano and string treatments, set against some field recordings of an undisclosed nature and some likewise gentle rhythms. He uses the right piano sounds for it and has, at times, a fine dramatic build-up quality. Sometimes a tad too smooth for my taste, and Florianz's music becomes scaringly close to new age music. Again, that is also thanks to the soft piano playing. But those moments aren't too much around here.

All in all, it's stylish and moody ambient music, in the best Brian Eno (and everybody that followed) tradition. (FdW) 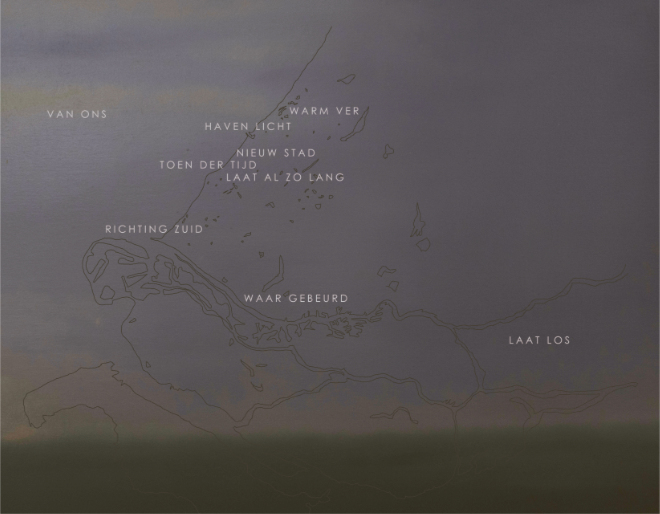 Matthew Florianz' musical career started around 2000 when he still used the beautiful alias Liquid Morphine. His early releases, such as GrijsGebied, Molenstraat, and Electronic Forest (some of them collaborations), were widely respected among the ambient audience, but also remained a bit of an underground cult - perhaps because of the consistent use of Dutch titles?

Florianz kept (self-)releasing quite some albums throughout the years, simultaneously building a succesful career as a game audio designer. (Not very relevant side note: I had the honor of creating a collage of sounds from 'The Chronicles Of Spellborn' in 2009).

His experience as a sound/game audio designer can be heard in his latest release: Mist Schimmen ('Fog Shadows', or according to Florianz himself: 'Mist Shades/Missed Figures'). It's a step forward (for instance in the use of rhythm in some tracks, such as in the opener Haven Licht where white noise bursts sound like cymbals), but at the same time it's 'nostalgia for a time in which I have created albums such as Molenstraat, Electronic Forest, Grijsgebied, Three, Niemandsland and Koude Handen'.
The album is inspired by the music of that time - without sounding retro-nostalgic, by the way: it is still music of this time, too. The music inspired by Florianz' memories of the time he lived in The Hague (he currently lives in the UK) and, of course, uses many environmental recordings from the area - all of them perfectly embedded in the synthetic soundscapes.

On Mist Schimmen Matthew Florianz stays true to his artistic vision and to the musical direction he chose from the very beginning of his musical career - but without repeating himself or sounding anachronistic.